Todd Beale has been at Community Christian Church for over 20 years and has been in ministry for 27 years. Todd was raised in Kansas and graduated from Kansas State University and Manhattan Christian College, both in Manhattan, Kansas.  That is where he met his wife Davinna and they have been married for 28 years.  They have two children, both attending universities in Indiana. Todd likes to play basketball, but not with young men who have way too much energy.  He likes golf, but has never claimed to be good at it.  He likes to tinker with old cars if he can find the time. Since college, Proverbs 3:5-6 has been Todd’s most referred to verses.  It reminds us that our greatest thoughts pale in comparison to God’s insight.

Mrs. Davinna Beale has a B.S. in Human Development and Family Stduies (Kansas State University) and a B.S. in Bible-Christian Service (Manhattan Christian College). She has taught Pre- Kindergarten and 3’s and 4’s for 14 years and has been teaching private piano lessons for 18 years.  Currently co-worship leader at Community Christian Church and active on the Christian Education/Kids Ministry Team. 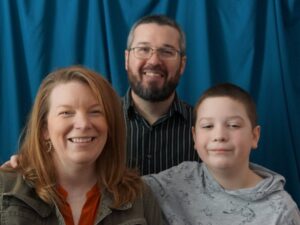 Paul Deeds began his ministry at Community Christian Church in December of 2017.  He has been in ministry for 14 years.  Paul earned his degree in Youth Ministry from the “Real” Taylor University in Ft. Wayne, Indiana.  Upon graduation from college Paul served as an assistant Counselor at Eagle Ranch, a children’s home, in Flowery Branch Georgia.  Paul met his wife Rene at the ranch in 2008 and they have been serving together in ministry ever since.  In addition to his role as Family Life Minster Paul coaches Cross Country and Track at New Palestine Junior High School.  Rene teaches one of the three year old classes at Sonshine Kids Preschool ministry and also enjoys teaching the Pre-K junior church class on Sunday mornings.  Their son Jackson is in 6th grade.  The Deeds enjoy being outdoors and running together as a family!  They also love to cheer for the Oakland Raiders, Indiana Pacers, and The University of Notre Dame! 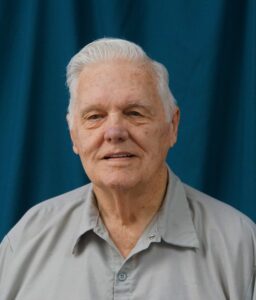 Chris came to Community Christian Church in 2016 when North Eastwood Christian Church and Community Christian Church merged together as one congregation.  Chris and Dave became members of North Eastwood in 1984.  In addition to her role as church secretary Chris also helps lead woman’s Bible study groups and she and Dave serve most Saturdays with the feed the homeless ministry in downtown Indianapolis.  Chris grew up in Manchester England where she met Dave while he was on deployment.  They have been married since 1977.  Chris’s favorite Bible Verses is Jeremiah 29:11.

Keith has attended CCC since 1991 and was re-baptized and became a member in 1998. Since then he has served as the leader and a member of the Fellowship and Unity team, as a trustee, a Deacon and currently is serving as an Elder. He taught the Wednesday night Bible study for many years and still leads it, led book studies, given meditations and sermons and currently is very involved in a downtown Indianapolis Homeless ministry.  Keith taught school for 36 years in several different corporations including 13 years in New Palestine and recently retired as a science teacher from the Eminence School Corporation where he taught for the past 15 years. He truly loves the Lord and works very hard in helping others in finding their way to know Jesus.